Count Em Down Board Game 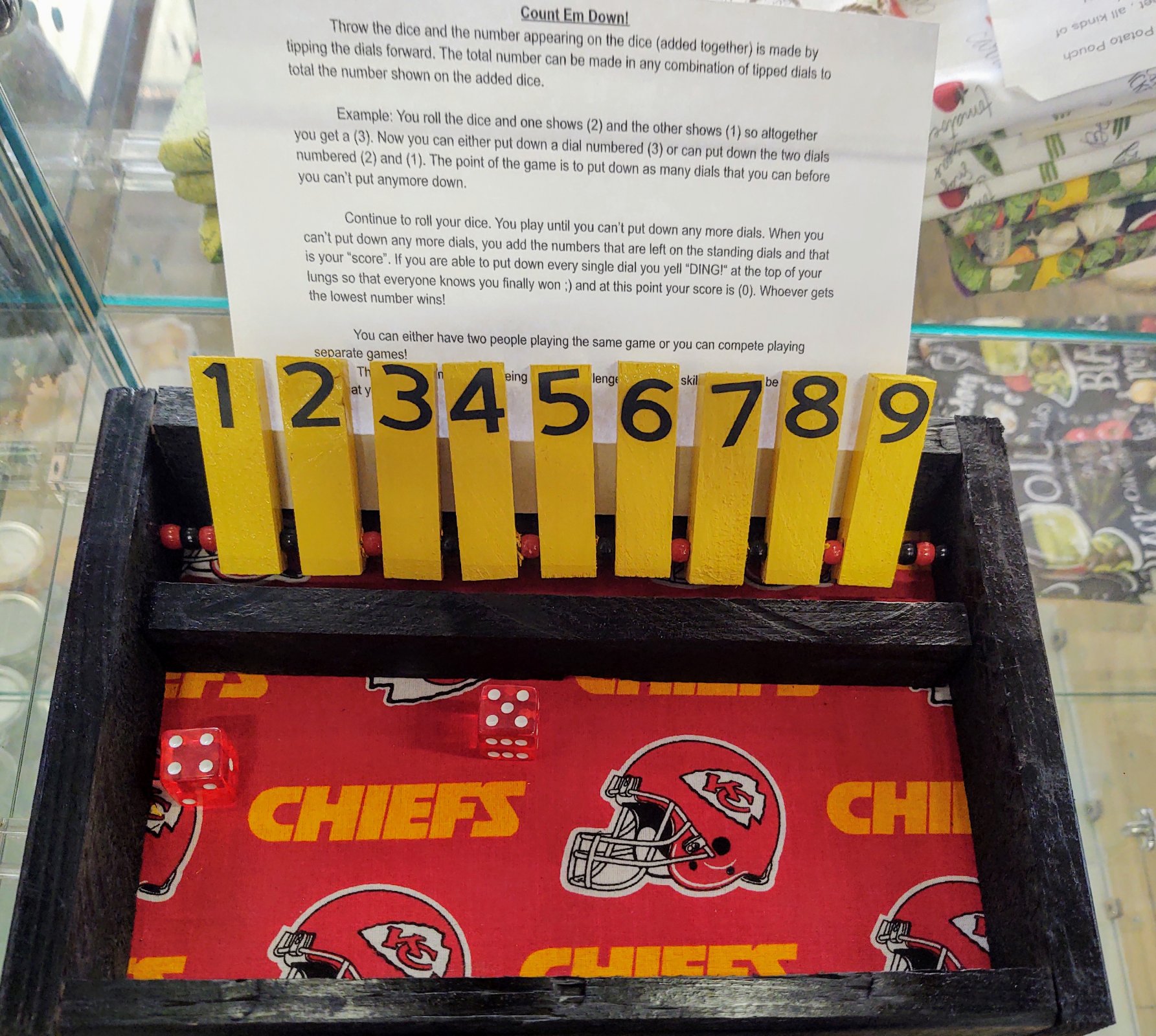 Throw the dice and the number appearing on the dice (added together) is made by
tipping the dials forward. The total number can be made in any combination of tipped dials to total the number shown on the added dice.
Example: You roll the dice and one shows (2) and the other shows (1) so altogether
you get a (3). Now you can either put down a dial numbered (3) or can put down the two dials numbered (2) and (1). The point of the game is to put down as many dials that you can before you can’t put anymore down.
Continue to roll your dice. You play until you can’t put down any more dials. When you can’t put down any more dials, you add the numbers that are left on the standing dials and that is your “score”. If you are able to put down every single dial you yell “DING!“ at the top of your lungs so that everyone knows you finally won ;) and at this point your score is (0). Whoever gets the lowest number wins!
You can either have two people playing the same game or you can compete playing separate games!
This game is amazing for being able to challenge your math skills or even to be able to say that you’ve won!